We’ve had our fun with the skies. Now, we’re headed into the oceans. With the new YouCan BW1, an underwater drone, it is now possible to explore the ocean depths up to 100 meters down, all without stepping a foot into the water.

The BW1 is equipped with 1080p video capture and a 4MP camera with the ability to rotate the lens up to 45 degrees above or below. The video capture films in 30FPS and can be viewed live right from your smartphone or tablet, which also acts as the drone’s controller.

To operate the BW1, users must first connect the controller to the sides of their smartphone or tablet. Then with the YouCan app, users can connect the drone’s tether to the BW1’s internal wifi extender. After connected, the BW1 becomes operable and transfers live streams through the cable, which is sent directly to the mobile device. While BW1’s WiFi repeater makes it easy to stay connected with a 200m range, the tether serves as another way to pull the drone back to shore if for some reason there should be a disconnection.

Externally, the BW1 has 3 propellers (2 vertical, 1 horizontal) and 3 Knots speed, making navigation smooth yet efficient. One of my favorite aspects of the YouCan BW1 and other underwater drones is their battery life. While the average aerial drone lasts about 15 minutes, the BW1 will go anywhere from 3 to 5 hours. That’s enough time for that Steve Zissou documentary you’ve always wanted to create.

In addition, the deep sea can start to get pretty dark. So, the BW1 has 2 LED lights to illuminate the ocean bed, which can also self-adjust to the surroundings. Users also have the ability to attach LED light racks for even more visibility or even a GoPro! 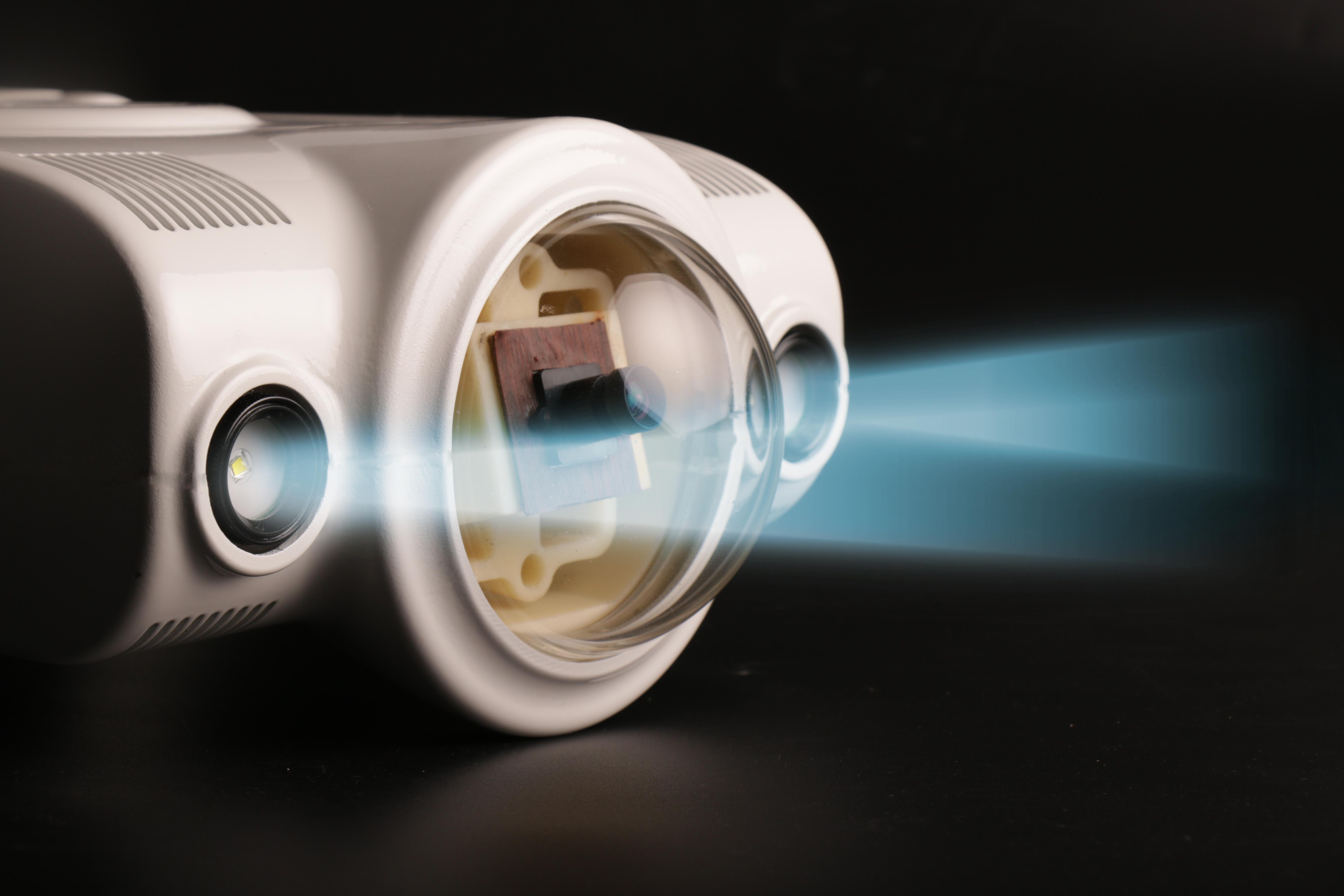 The YouCan BW1 is available for pre-sale on Indiegogo.