The first time when LG’s Aristo 2 smartphone was spotted is when we reported about the same, prior to a couple of weeks. While previous reports pointed out that LG was focusing on the successor of last year’s entry-level smartphone: the Aristo, the latest leak portray something which fans were awaiting all these while. The South Korean tech giant has finally made the successor of LG Aristo: the LG Aristo 2 official in the tech industry. The best part is, the smartphone costs just a handful dimes of $60.

The LG Aristo 2 bestows an IPS In-Cell display which is capable measuring 5 inches. The phone delivers an HD screen resolution of 720 x 1280 pixels. Despite the fact that the smartphone houses a quad-core processor clocked at 1.4 GHz, LG Aristo 2’s official listing does not indicate anything officially. The Aristo 2 is listed on the official site of MetroPCS, reports GizmoChina. Previous leaks nevertheless suggest the smartphone to be powered by Snapdragon 425 chipset. There’s a 2,140mAh battery which can deliver a talk time of 17 hours on the smartphone. Under the hood, alongside the quad-core processor, there’s a 2 GB of RAM and is accompanied by a native storage of 16 GB. One can expand the native storage of 16 GB up to 32 GB by using a microSD card slot.

In the imaging department, the phone consists of a rear-mounted camera of 13-megapixel which has been enabled with features like the PDAF, LED flash, and full HD video recording. The selfie shooter can measure 5-megapixel and comes with features like Gesture Shot and Auto Shot. To add more, the selfie camera also supports facial recognition. So as a matter of fact, it can be also used for unlocking this LG smartphone. On the software front, LG Aristo 2 is loaded with Android 7.0 Nougat, out of the box.

Apart from facial recognition technology, the smartphone’s rear panel comes with an embedded fingerprint scanner. This also carries support for Wi-Fi calling aside of 4G LTE. Other connectivity features include on the phone are 3.5mm audio jack, micro USB, Bluetooth, so on and so forth.

The LG Aristo 2 has been launched with a price tag of $140. Although, the carrier is now offering an instant discount of $30 apart from a mail-in rebate of $50 which also brings down the phone’s cost to $60. It is now available for free to users who trade-in their old phone and also avail an unlimited LTE plan. Interested users can make their purchases from now onward (here)! 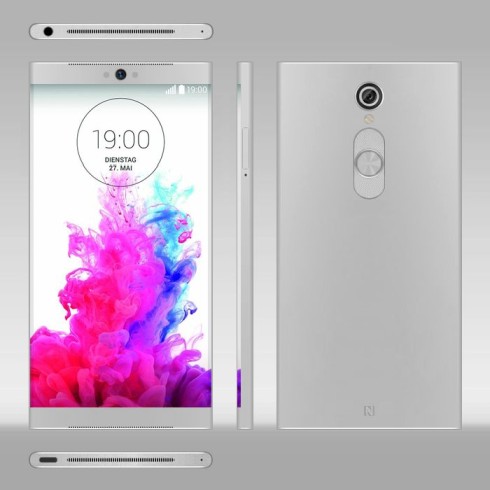