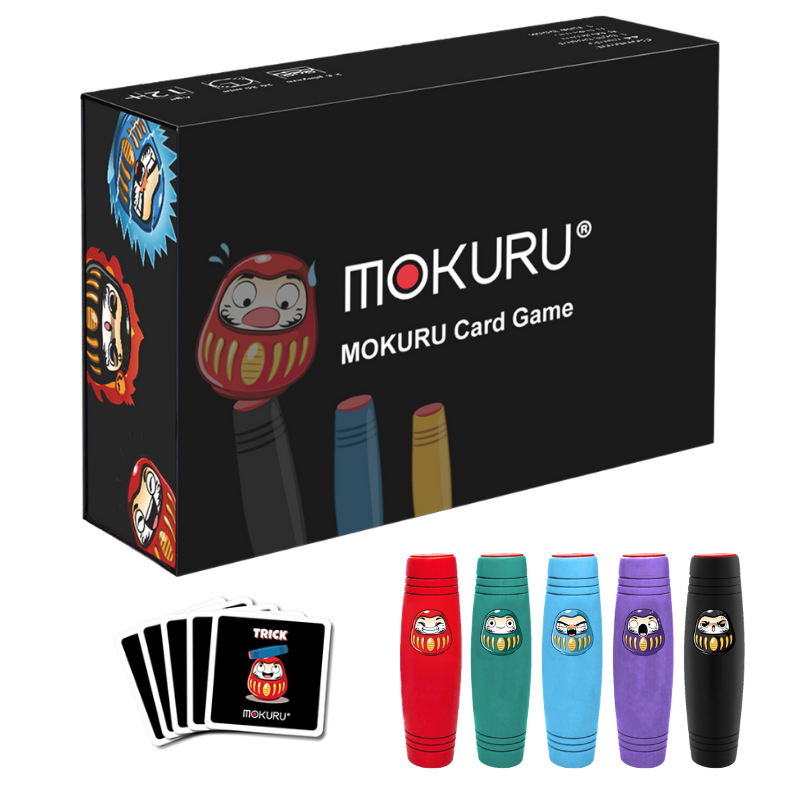 A new game launched on Kickstarter today and it’s putting more than just your brain to the test. The MOKURU Card Game tests your hand-eye skills and tactics as well as your friendships as you race to become the “Trick Master.”

What started as an addictive desk toy has now turned into an incredibly fun game to play with up to 7 friends (or 6, including you). The MOKURU desk toy was fully funded on Kickstarter and raised an impressive $154,000 USD. Now, after much time has passed players around the world have created countless tricks to perform, ranging from basic to master levels. This is what sparked MOKURU to create a board game.

Together with expert board game designer, JF from L’Atelier des Bonnes Idées, MOKURU has now launched the MOKURU Card Game on Kickstarter. Within hours the campaign has reached over 100 backers and is almost fully funded.

MOKURU gameplay is fun and simple to learn. The objective is to race and challenge your opponents to become the trick master and gain the top belt of Grand Master.

First, players draw a card from the deck. If they draw a Trick Card, then they are challenged to do the trick. If they succeed, they can move up one level. If they fail, they remain in place. If an Action Card is drawn, there is a chance for a “special effect” which could turn the tide of the game. These “special effects” can be used immediately or kept for later use. Once players successfully complete a number of tricks, they reach the “Black Belt” level on the board and can begin to draw cards from the “Master Trick Card” deck. The first player to complete a card from the “Master Trick Card” deck wins.

Get yours now on Kickstarter.