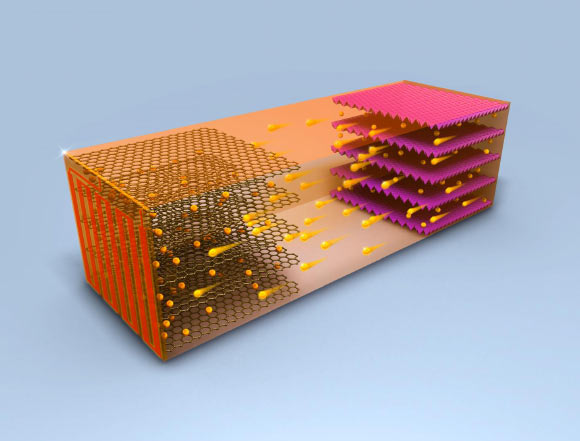 Fortunately, the balance of benefits and disadvantages is such that lithium-ion batteries clearly deserve their popularity. A quick look at the five most significant strengths and weaknesses of this battery technology will reveal why it has virtually taken over the world.

Every type of battery has a number of set limits, with the chemicals used most often determining them. The single most important of these in most applications is how much energy a battery can make available with a given amount of volume.

A battery that lacks energy density will need to be larger—and often heavier—than one that performs better in this respect. While there are certain exotic alternatives that raise the bar a bit higher, lithium-ion batteries feature impressive levels of energy density.

That is important for everything from pocket-size smartphones to electric cars that need to remain as compact as possible. Being able to store more energy in a set amount of space has helped make lithium-ion batteries so successful.

The metal lithium looks innocuous enough, but it reacts explosively when exposed to water. Lithium-ion batteries incorporate this element in a stabler, less-dangerous form, but those batteries can still be hazardous in certain circumstances.

Fortunately, there are ways to make the handling and management of such batteries safe, as with the specialized packaging seen at clsmith.com. Even so, lithium-ion batteries have given rise to some scary stories, as with certain Samsung devices that made headlines in 2016.

Electricity is always seeking to equalize its potential with its surroundings, and that puts pressure on batteries. Even a battery that is not attached to anything will drain over time and eventually be left with no charge at all.

Different kinds of batteries vary with regard to how quickly they discharge themselves, however. lithium-ion batteries have always outperformed most rechargeable competitors quite easily in this respect. Advances with regard to how their cathodes are separated from their anodes have widened the gap even more.

As a result, all rechargeable batteries eventually wear out, but some last longer than others. Although lithium-ion batteries are not the worst in this respect, they do age more quickly than certain alternatives.

Some types of rechargeable batteries need to be handled very carefully if they are to function for long. Lithium-ion batteries are a lot less demanding, holding up fairly well, in general, even when they are treated harshly.

That makes lithium-ion batteries appropriate for many applications where maintenance cannot be assumed. Combined with high overall performance, this has helped make lithium-ion technology a clear leader in the consumer product industry and elsewhere. As these five pros and cons should make clear, lithium-ion batteries have a lot to offer when all is said and done.